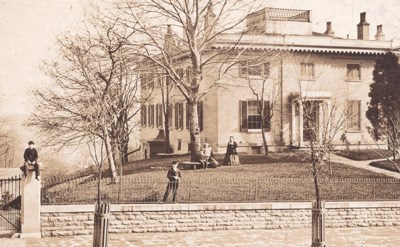 Cincinnati- A City with a Past

With much of the city’s history dating back to the 1800s, Cincinnati is a great place for history buffs. There are plenty of places in this city that have been around since before the Civil War!

People often think about travel or vacations as an opportunity for relaxation after a stressful day at work. However, some people find exploring new cities to be just as relaxing. If you’re one of these people who enjoys sightseeing while on vacation, then you may want to consider traveling here! The following is a list of three historic places in this town that are perfect for those looking for something different than what they see every day in their home.

William Howard Taft was a lawyer, political figure and the 27th president of the United States. Taft was born in Cincinnati and this historic site commemorating his life is located on his former home’s property. This site offers visitors a chance to see what it was like living during the turn-of-the century with original items from that period.

Visitors can also see the president’s birthplace and learn more about his presidency, as well as how he was a major figure in Cincinnati for much of his life. They will find many hands-on exhibits to explore throughout this site and are encouraged to take a virtual tour through Taft’s home via an iPad kiosk located

This national historic park is home to the last presidential library of a former President. It includes the Presidential Library, Museum and Boyhood Home all set on over 146 acres. Tourists can visit this site year-round for free! There are also guided tours available for an admission fee.

Taft wasn’t the only president with Ohio roots. Ohio native William Henry Harrison was the ninth president of the United States. He was only in office for 31 days before dying of complications from being exposed to the cold while delivering a speech. The site he chose as his final resting place is now known as the William Henry Harrison Tomb and can be found just outside of downtown.

Visitors will also be able to see President Harrison’s coat of arms; learn about his life as a soldier, diplomat, governor and president; examine examples of complicated wreath designs from around the world; view antique maps including original Ohio Territory boundaries.

You will find this tomb, which includes an impressive exterior with two columns on either side. Above the tomb, take in a panoramic view of the Ohio River. This is the only presidential tomb in Cincinnati and one of just three that are open to the public.

Built in 1804, Bett’s House is the oldest brick house in the state. This home is also the site of a historic battle. The Battle of Covington took place in this house’s yard during the War of 1812 and was one time when residents refused to leave their property because they felt that it would be an insult to General Harrison who had last been there just days before.

The Betts House has been used as a private residence, an art studio, a bed and breakfast hotel, classrooms for the University of Cincinnati College of Design faculty. Today it is currently being restored to be used as office space for community groups and other organizations that do not have their own meeting place.

If you’re someone who loves learning about local history, then this city is the place for you. It has so many historic places that are worth checking out. You’re sure to find something that interests you.

Dance is enjoyed by millions around the world. Find out why the Cincinnati Ballet is  a world-renowned dance company.